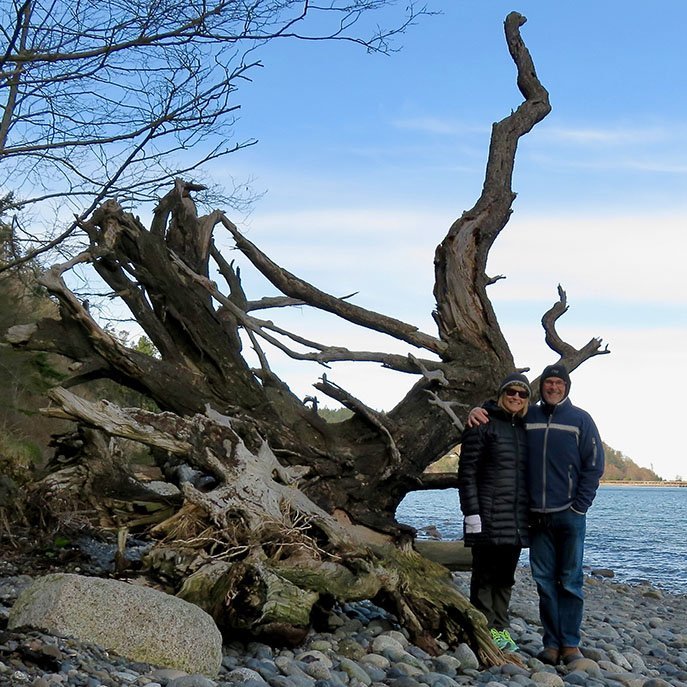 Carl & Roxy have spent 4 years full-time cruising around on the Seawind 1160.

We love our Seawind and we’re living on it full time, going on year four.

We just finished a rally with several other Seawind owners and with no exception, all owners feel the Seawind has been the perfect cat for them. It’s an absolute fact that this is not nearly as true for other production brand cat owners based on all our contacts made over the years. It’s also interesting that without exception, all monohull owners we know that are thinking of switching over to a cat consider the Seawind their first choice. It’s also possible that they are only our friends because we own a Seawind 😉

Here’s why Roxy and I think our Seawind is our perfect blue water live aboard cat:

For safety during blue water cruising, engine access has to be from inside the boat, not from outside like on the sterns of most other similar sized cats. Just 3 weeks ago we met a cat couple that complained that despite everything, they can’t stop seawater leaking onto the engine through their stern outside engine hatch. The engine had to be constantly sprayed with oil to keep it from rusting.

The helm needs to be on the same level as where your first mate will be sleeping during ocean passages, not up out of view on a fly bridge or stepped up helm. The crew needs line of sight of each other at all times. Also, we don’t want to risk falling down steps during high seas when coming down from a stepped up helm. Steps are necessary, but the fewer the better, especially outside. On blue water passages we turn the salon table into a bed. One person sleeps on the bed as the other is on watch, inside just 3 feet away.

Unobstructed line of sight of the helm side stern when docking is a must. We were just on a Fontain Pajot Saba 50 and you couldn’t see either port or starboard stern from the helm which would make me uneasy when docking.

Visibility from within a closed up saloon especially during heavy weather has to be 360 with big windows. When it’s rough outside, we stay inside working the plotter dry and warm, which on a Seawind swivels from facing out to facing in. We don’t brute force it outside in the wind and rain in foulies, only when absolutely necessary.

Aerodynamic / hydrodynamic topsides help wind and waves flow over the boat rather than smack and punch it, which is important when at anchor during windy wavy nights, and when docking with wind. It’s especially important underway in high seas which will inevitably happen when blue watering. To date, we have taken three waves completely over the top of the boat. The boat continues effortlessly, unaffected, due to its streamlined windows and lines. We have friends that just bought a Leopard 45 and I can’t imagine their experience would be similar.

The interior, all of it, galley, heads, berths, salon, has too be bright if you’re going to live aboard. No dimly lit hallways.

From Seawind team: Thanks Carl for your review and looking forward to hearing your stories with the Seawind 1160.

Turning a dream into reality – buying a bareboat