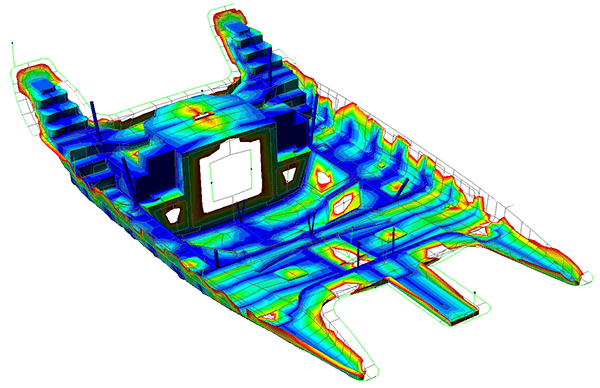 If you’ve gone to a boat show recently – and chances are you’ve been to a few, then you’ve no doubt heard that catamaran lead times are long.  That’s not just because “they’re hot”.  Catamarans are difficult, and expensive to build.  Building a 40-foot catamaran has all of the complications, and more, of building a 60-foot monohull.  That’s why it’s so difficult for any shipyard to sell a real cruising catamaran at a competitive price, without sacrificing on quality.  So if they’re done well, they take a long time.  And that’s why the image at the top of this article is of our vaccum infusion process – not a picture of two sales guys shaking hands across a conference table.  Long lead times are not just a result of popularity, they’re a result of quality too.  So talk to us early about timelines and what’s involved in making your boat.

IF THEY’RE POPULAR THEY MUST BE GOOD, RIGHT? 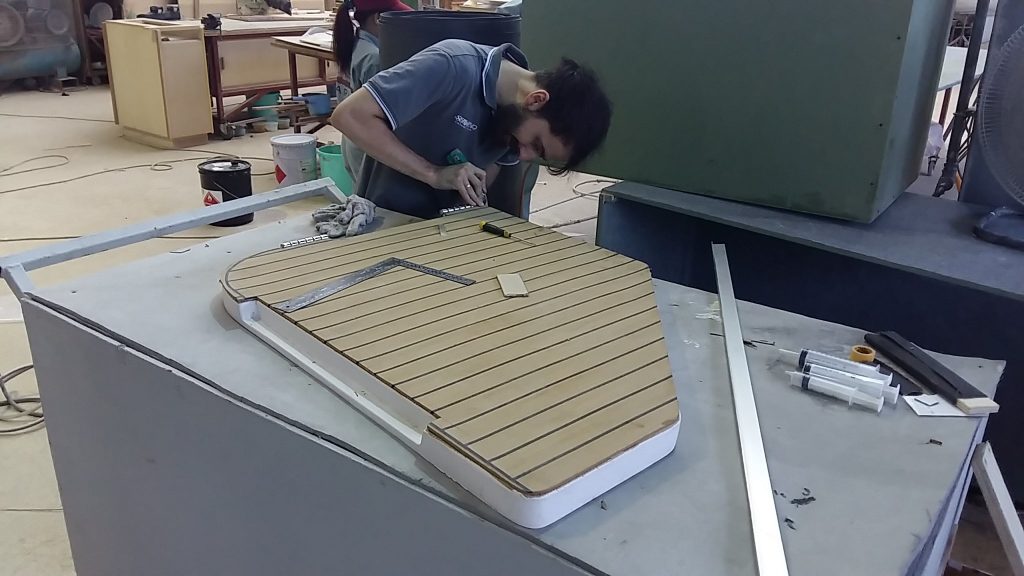 Shipyard X are “sold out” until 2020.  Not quite.  Charter boats still make up the vast majority of all catamarans sold.  And charter companies are (rightly) hungry for cats.  So it’s true – those ones are sold.  But in the world of cruising boat sales, in most regions, dealers are king.  Large commercial dealerships command rights to most of the mass-produced catamaran delivery slots.  If you’re unlucky enough to be buying a catamaran from a smaller country, or a small region in a big country, you might not be aware that your dealer might have to buy that delivery slot from another larger dealership.  So while the shipyard might be able to say they are sold out for 3 years, that doesn’t mean there’s a buyer for all of those boats.

Talk to us about a delivery slot and we’ll give it to you straight – that means the next available boat.  Your slot won’t be kicked down the line to accomodate an order from a large charter company.  And it won’t be switched with another dealer’s slot.  We know that you want to take your boat cruisng.  So it’s simple and straight forward – we’ll give you the next available space – really.

HOW MUCH CAN BE CUSTOMISED?

If you’re reading this, then there’s a good chance that you’ve been to see some mass-produced cruising catamarans and something has you worried or concerned.  But you might be surprised to read that, not only do we allow some changes to the base boat spec, we even encourage your suggestions.  Let’s not kid – it’s true that layouts are “fixed”.   That’s because part of the reason Seawind Catamarans are so strong is the furniture modules are part of the structure of the boat – they’re not a burden on the hulls and wing, they actually strengthen and stiffen it.  So changing such fundamentally important parts is difficult.  However, for some parts, the reason you can’t change these on a mass-produced sailing catamaran is the boat needs to stay largely the same so it can be easily exchanged with another in the production line.  But with Seawind Catamarans, if you buy hull number XYZ, that’s the one you’ll get.  So talk to us about your ideas, your concerns, and let’s come up with a solution if possible.  Nothing is guaranteed, but we do guarantee our effort to meet your needs.